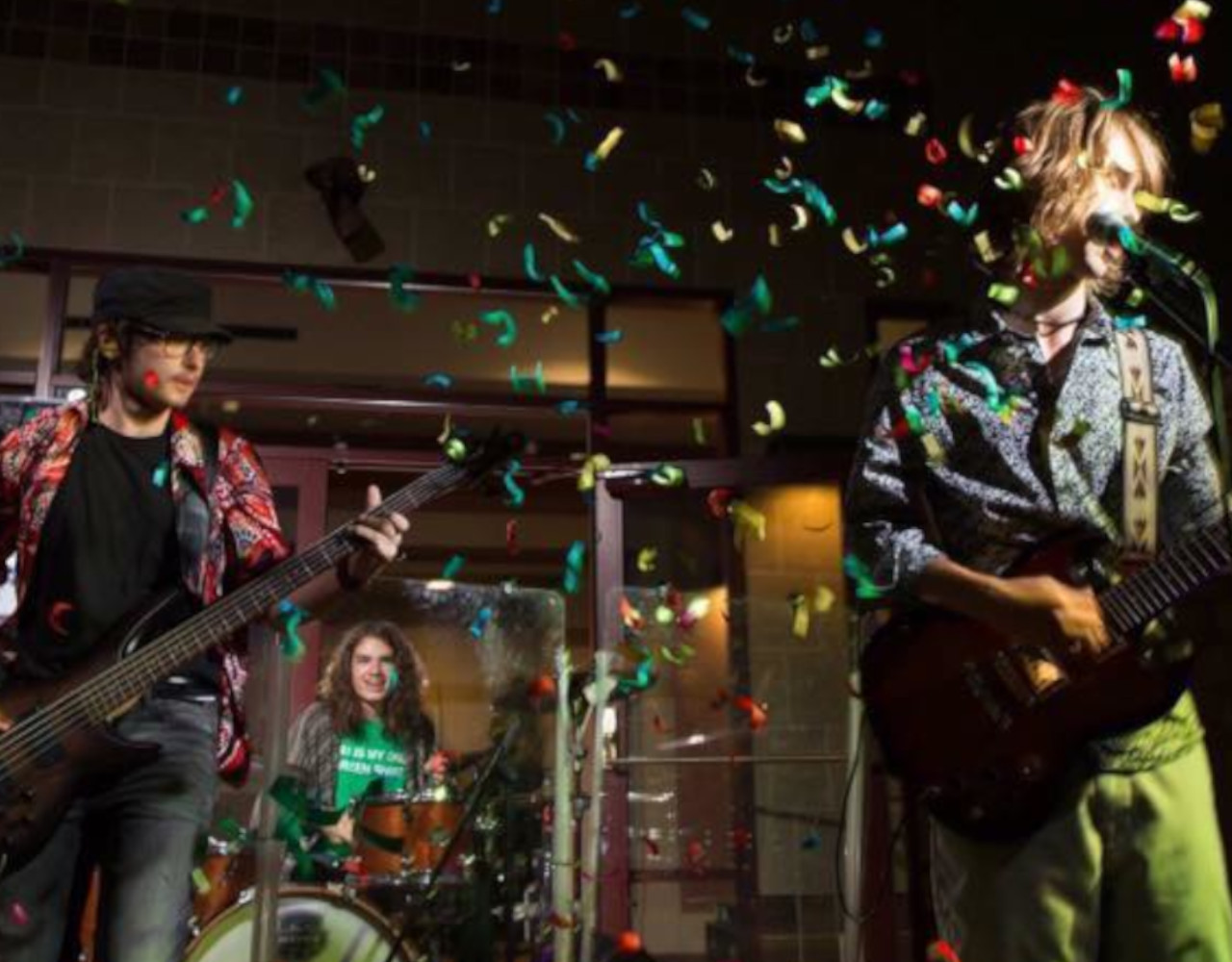 Noah Myers, though young, is an absolute powerhouse of raw talent. In the 4 short years since he’s been playing guitar (and 2 years since he began practicing vocals), he has proven himself more than able in both categories. Noah is the guitarist and vocalist of Kaelber.

Kaelber is an up and coming band that has been building a steady buzz in Pittsburgh and the surroundings areas since their first show in 2015. Based out of Greensburg, PA, Kaelber combines an eclectic mix of psychedelic, alternative, progressive, and pop rock fused with punk, funk, and metal to create a truly unique sound. Kaelber’s onstage energy is infectious as they showcase their original songs and play covers from influences such as the Red Hot Chili Peppers and Jimi Hendrix.

In 2018, Kaelber won the 1st Round of the Winter Rock Challenge at Diesel in Pittsburgh, PA and plays in the Finals on February 2nd.

In 2017, Kaelber released their first EP, which can be purchased on iTunes and Amazon. It can also be streamed on Spotify, Pandora, and Apple Music. In addition, Kaelber won the 2017 Rock the Palace competition at the Palace Theatre in Greensburg, PA, the 2017 Westmoreland County Battle of the Bands at Twin Lakes in Greensburg, PA, and the 2017 Moon Township Battle of the Bands at Moon Park near Pittsburgh, PA. Furthermore, two of Kaelber’s original songs “Something German” and “Oasis” were selected by AT&T SportsNet – Pittsburgh for the Pittsburgh Pirates Friday Night Rocks rotation. As well, Kaelber was the feature band for the Stage Right production, Night of the Living Dead, the Musical and wrote the music to the opening song from the musical, titled “Night of the Living Dead!”. Finally, Kaelber was selected as one of the bands for 91.3 WYEP’s Reimagination, Volume 5 CD recording project.

Learn more about Kaelber or get in touch with Noah & Kaelber at www.KaelberBand.com!